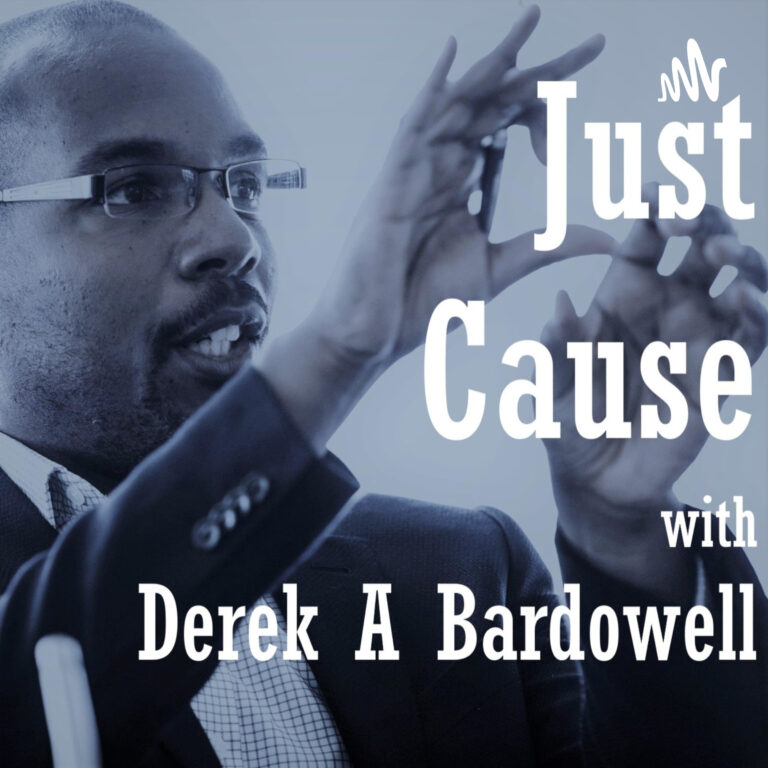 Just Cause with Derek A Bardowell

Exploring the intersections of race, culture and philanthropy, author of No Win Race Derek A Bardowell speaks to the people who are tackling some of the most challenging social issues of our times. In each episode you will hear the views, approaches and tactics of those who are reforming our public services, speaking truth to power and opening the doors for the marginalised to move to the centre.

There are no two better ways of getting an insight into someone’s personality than watching them play poker or do philanthropy. Trust me, it’ll save you a fortune in psychometric testing and be much more fun.

What’s more interesting is that you only need to watch someone do one of these activities to know how they will approach the other.

The reasons why people lose money at poker are normally the same reasons as why people fail at philanthropy — fear, failure to walk away from a bad hand and poor bankroll management.

The key traits of successful poker players mimic those of top philanthropists and vice versa. The top actors at each become experts in the fields they care about and never stop improving their game. They have the humility to study every table they sit at and are always looking for information that can give them an edge further down the track.

Once they sit down, however, they are able to play with complete freedom and without the fear of losing any individual hand or game. As their bankroll grows, higher and higher stakes become available to them without increasing their percentage exposure. For philanthropists this means being prepared to say, “I’m going to make 10 big bets over the next five years, so why not be ambitious,” rather than saying “I’m only giving away $100,000 this year so I need to be very careful with it.”

Finally the best philanthropists are able to show strength. If you really want to change the world then philanthropy, like poker, is a contact sport. Being able to stand up for yourself and make things happen even if you don’t 100% know what everyone else is holding, is something that a form of bravery necessary for both activities.

Here are five of the most commonly cited types of poker player and how they translate to philanthropists.

The Elephant
The elephant is a responsive player. They rarely fold a hand but rarely raise, they just keep calling. In philanthropy this is someone who gives money whenever they are asked, at the level they are asked to give. They don’t like to say “no” but don’t have the agency to make anything happen themselves. Slowly but surely their money disappears without them every having made an independent decision.
The Mouse
At the poker table the mouse is someone who plays incredibly tight, protecting their chips and waiting for the best possible hand. In philanthropy and poker they seek complete information in a world of variables and unknowns. At a poker table when at last they do bet, everyone else immediately folds so they can never get any value. In philanthropy they spend their time supporting what worked last year, rather than thinking about what could work next year.
The Eagle
The eagle gets their edge through patience and hard work. The eagle spends their time intently studying what is going so that they can develop insight. This is the philanthropist who spends time with communities they wish to serve to better understand them and who avidly digests information in order to build a picture against which to map opportunities.
The eagle swoops not because they have the “perfect” hand, but because, unlike the mouse, they are prepared to make use of insight into others as well as their in order to fuel activity.
Most importantly the eagle does not think they are “good” at poker any more than a philanthropist thinks they are “good” at philanthropy, they simply understand that if they work hard, they can perform well.
The Jackal
The jackal is often contrary. They will, from time to time, win big because the rest of the table doesn’t know what to expect from them. In philanthropy they are out backing mad-scientists, off the wall ideas and counter-cultural thinking. The problem with the jackal is that they often just like the buzz of risk and can not walk away from opportunity. They are so caught up in wanting to manipulate something big to happen, that they waste huge amounts unnecessarily along the way.
The Fish
The philanthropist fish is the fundraiser’s dream. If you dangle something shiny for them and they will get completely distracted from the reality of their bad cards or your bad charity and end up giving you all their chips.
A simple shake of your head and a “I’m sure you got me beat” before you bet your aces and the fish will come calling. Not only that but a three-second memory means they’ll do it again and again. Year after year fundraisers will make promises they can’t keep to this type of philanthropist and yet the donations will just keep coming until they realize that they just don’t enjoy this game any more.
Previous ArticleThe Frustrated PhilanthropistNext ArticleCovid-19 and racial disparity: A time for urgent action