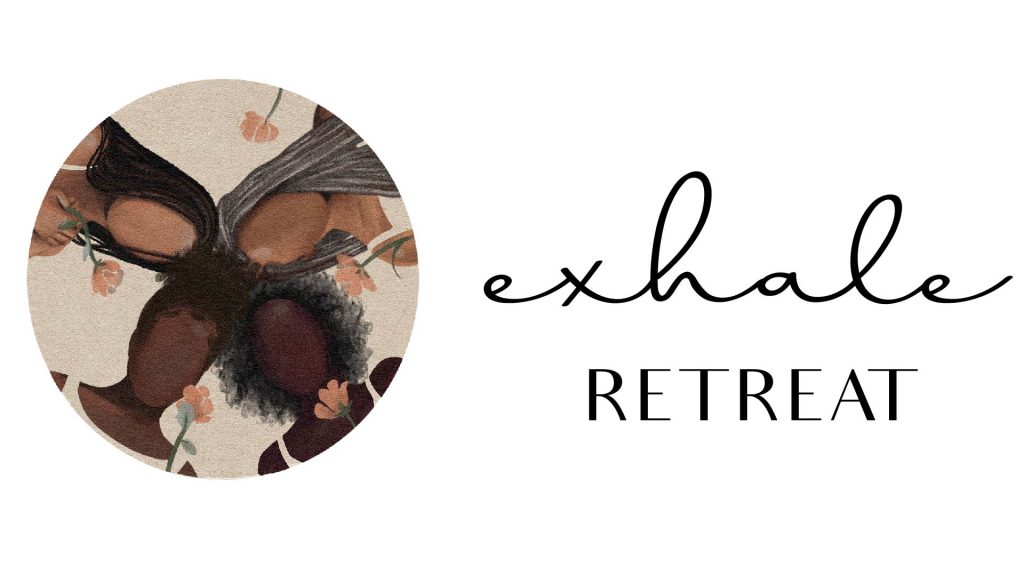 On 25th June 2022, a group of Black women, differing by age, heritage, experiences and geography released a deep breath together. We shared the type of breath that feels like a good stretch, a type of physical, mental and spiritual catharsis. Stepping into the event I was not sure what to expect, but it was not this.

Exhale Retreat was first sent to me by my Nana. She had seen a Metro article about the event through Whatsapp and she thought it was the kind of thing that I might like. Then – entirely separately – my Mum sent it to me, she had come across the advert for applications and thought I might need a break like this. Thirdly, a former colleague, Eli, passed it on to me thinking it might be of interest. Finally, my CEO, Derek, sent it to me. By the fourth nudge, I looked up to the sky and lightly whispered “I’ve heard you” before submitting my application. Whether I had noticed consciously or not, this event was responding to a need to be around people with a similar experience and purpose; a need to safely bring my entire self into a space of sisterhood. This need was not mine alone, demonstrating the significance and necessity of spaces and events such as this.

Tracey Agyeman, the organiser of the retreat, wanted to foster a space where Black women could come together, share, lean on each other and ultimately Exhale. Tracey has been working in the civil society sector for around 5 years and contributed to Funders for Race Equality Alliance‘s Racial Justice Audit. The inaugural event in 2021, was partly shaped by Covid, and the increased the pressure faced by Black women navigating the minefields of the third sector. After immense success, Tracey organised the second volume, in June 2022.

The retreat was held at Yard Arthouse, an initiative by the MAIA Group to maintain a physical space where Black artists can gather, ponder, and create. The walls of this new build house are covered in posters asking questions about prison abolition, how we craft our voices and what collaboration looks like for the social revolution. The spirit of the environment itself was one of curiosity, questioning and excitement. Yard preserves the atmosphere of a house. It feels like a home. It felt like my home. I was able to make a cuppa, grab a snack, and load up my plate. In such a warm and inquisitive atmosphere, I cannot imagine a better place to host a gathering of this nature.

So as we stepped into the room, and were invited to put on the kettle, I began talking to some of the incredible women in the room. Without any prompting, we just began to talk openly about how we were feeling in life, what we were carrying and what we would like to put down. When we, as people from marginalised communities, commit our work lives to social justice, we do not have the privilege of stepping out of these lived experiences. As a result, we can end up in intense cycles of discussing, challenging and experiencing systemic oppression in both our personal and professional lives. We conduct emotional labour in our workplaces and homes. With the steep cost of private therapy and long NHS waiting lists many people are left alone in this. Some conversations within the sector have included ideas around clinical supervision for people of colour working in Equality, Diversity and Inclusion or more peer support spaces. In this case, the Exhale Retreat provided just the respite we needed.

Not long after we started this conversation, the event facilitator – Dorett Jones – opened the circle. She explained that the practice of beginning sessions by opening the circle for participation was learned from ancestors of African women, gathering in their own communal practices. The opening of the circle was an opportunity to introduce yourself and share anything that may be useful for the others in the room to know. The group shared the challenges of menopause, being of mixed heritage, growing up in colour-blind environments, and the impact of Black Lives Matter among other themes. What struck me was the transparency that was evident from the off. The learning began from there.

During the day we were able to choose between sessions on yoga, poetry, and mindfulness. We learnt from Ashlee Elizabeth-Lolo, Chai Soul, and Kareen Griffiths. All using their skills and art to practice expression. We broke bread over Jamaican food and laughed heartily, pouring forkfuls of rice and peas into our mouths. We ended the day with an Intergenerational Conversation, where we considered what it means to share and hand over the movement between generations. We asked “what type of elders did we want to be?” and how can elder status be grounded in service to those coming up behind us. We shared how scary it was to take on the baton and acknowledged that we were picking up the work whether we had intended to or not. Shaping my work and professional life around the type of elder I want to be later, was definitely a reflection I gleamed from Exhale Retreat Volume II.

As we concluded the event, my heart swelled. I had learnt so much about the experiences of other Black women who had longer careers in philanthropy and civil society. I had released so much of the pain I had suppressed from the ongoing exposure to stories of trauma that I related to. By the end of the event, I felt almost overwhelmed with thoughts about what is possible and the new futures we can build. Ultimately, this fantastic event was a reminder that we must first remember that our pursuit of a new world can only be successful if it is a collective one. We were reminded that showing up, in our fullness, power and vulnerability builds solidarity and community. We were finally given the safe opportunity to Exhale.

Previous ArticleBlack Philanthropy Month: Making the ChangeNext ArticleBlack History Month 2022: To BHM or not to BHM?