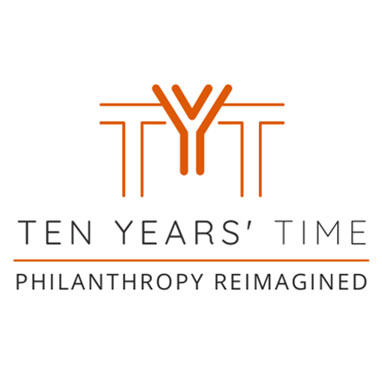 This blog by panelist, Derek Bardowell, is closely based on his remarks at this event.

The first thought that comes to my mind is a WhatsApp message I received recently from an ex-colleague, who is a woman of colour and a grant-maker. She said that her ‘anger had turned to heartbreak’. My friend was referring to how her employers, a funder, had been behaving during the Covid-19 outbreak concerning race. I could feel her point.

On 19 March, Future Foundations UK (FFUK) released its first statement expressing, among other things, how foundations could improve their funding by grant-making through an equity lens. Initially, we were going to say, in the statement, that it felt as if the funding sector’s behaviour was akin to a doctor turning black people away from a hospital door. We omitted the line, and rightfully so because it was insensitive. But it feels relevant now.
Three months on and considering the lack of action by funders, it genuinely feels as if philanthropy has turned its back on black people. The pain for people of colour right now is particularly high, yet our expectations of funders are low, and it shouldn’t be that way.

I think the following statements are obvious, but they keep popping into my mind as I think about philanthropy in the UK:

I think back to an incident when I turned down two older white men for funding. One of them responded by saying: “Do you realise that black people were happier when they were in subservient positions?”
I didn’t know who to speak to about this comment within my organisation. I didn’t know whether anyone in power would understand. There wasn’t a safe space. Every day, people of colour in funding are experiencing racism; seeing actions and inactions that are harming communities of colour. Structural racism runs through the lifeblood of Britain, so anti-racism needs to underpin philanthropy’s approach to tackling racial injustice.

We have just seen Black Lives Matter UK raise over £1m from the public. Often, funders will say, ‘we don’t want to go against public will’. But now, funders’ inactivity is actively ignoring public will. It is ignoring data and evidence. I wonder how much of the £3.3 billion or so invested by the top-300 UK foundations goes to black and brown-led organisations? Would it match the 13% of minoritised racial groups who make up the UK population?

I wonder if any independent foundation has ever invested as much as £1 million to a black or brown-led organisation?

As a final point, I think back to the Civil Rights Movement. Civil Rights theorist Lani Guinier once used the comparison of black men as ‘canaries in the mine’. When bad things happen, they tend to affect black and brown and indigenous communities first. The Civil Rights Movement didn’t just benefit black people. It benefited everyone. Its success liberated everybody, particularly the marginalised. I, like many others, always say that our liberation and our dignity are tied together.

Derek Bardowell is a writer, philanthropy adviser, and former director of programmes at the Stephen Lawrence Trust and Laureus Sport for Good. As a journalist, he has contributed to Time Out and BBC World Service, in philanthropy he has directed funding portfolios for Esmée Fairbairn Foundation and the National Lottery Community Fund, among others, distributing over £150 million to good causes in 34 countries.

Derek is a founding member of Future Foundations UK, a trustee of ACF member Thirty Percy Foundation, and he currently hosts the podcast Just Cause, exploring the intersections of race, culture, and social justice. His first book , No Win Race, was a Sunday Times and Financial Times Book of the Year in 2019.